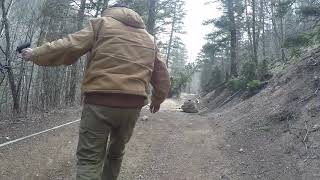 I received my Recovery Ring package from Brennan's Garage in Durango and was excited to get out and test in on a boulder blocking one of our local trails and causing people to erode the shoulder of the trail. I had seen a few videos of Recovery Rings being used with synthetic lines but came across a video of Brennan showing his addition of a retainer block to keep the line snug even when slack was in the line. The package comes with the Recovery Ring, the Retainer Block, a So
61 views0 comments 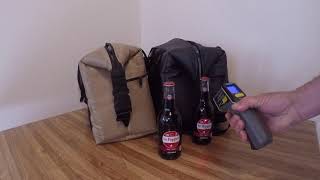 I did a real world test of the Softpak 12 Original versus the Softpak 24 XD. I pre-chilled them in my freezer first, then placed in each a frozen water bottle and a refrigerated Dr. Pepper. I use the frozen water bottles often when we are going to be traveling or on the trail so that we have spare water when it thaws. The test isn't exactly apples to apples because of the size difference and extra air space but the results were still impressive for a "Day" cooler. After 12 ho
152 views0 comments 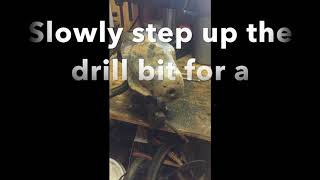 This is a compilation of a few short videos but shows some hints and tips for installing an upgraded trackbar on a XJ Cherokee. I was installing the Metal Cloak trackbar with heim joint but this applies to several that also require drilling out the factory bracket. Taking the bracket off of the body was easier for me and allowed a better drilling experience to make sure the new hole would be accurate. A joint separator was handy for popping the old trackbar out of the bracket
2 views0 comments 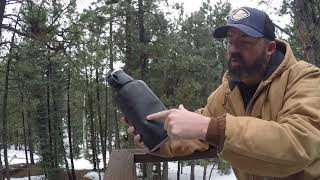 After a year I am reviewing the Bison Coolers 64 oz Growler. It is tough and continues to cool even after I ran it over with my Jeep. Double walled Stainless Steel with plenty of cooling. I only get condensation where I pinched the double walls together, but unlike my Yeti the bottom cap is still firmly attached. Discount at their website for $5 off of $100 purchases and they do free shipping for any orders over $50. Bison Coolers Code #BisonGrowler #BisonCoolers #BisonDiscou
4 views0 comments 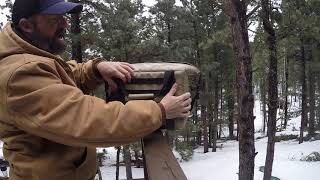 Almost 2 years of use the Bison SoftPak 12 can cooler is working flawlessly. All of the stitches are still in the right place. The zippers still zip freely and unlike many other products the stitches holding the zippers are still in original condition. I use it regularly to hold my lunch for the day or when we have some frozen products to transport from the grocery store. The only thing that has come off was the decorative bottle opener but that was because of the ring holdin
6 views0 comments 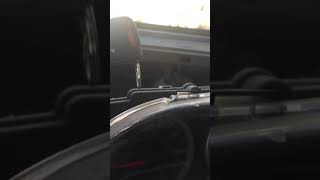 Yesterday I was doing some work on the JK and needed to remove the dash gauge cluster. It was a pretty simple process. When I pulled the gauge cluster out I found a spare Smart Key fob that had apparently fallen behind the dash with the previous owner. I had only received one when I purchased the vehicle and didn't want to spend the money to buy another, but 4 years later ended up with it again. Lesson learned, do a little cleaning behind the dash especially if its a new to y
6 views0 comments 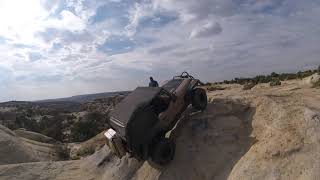 Sometimes You have to Commit

I received an email from a happy customer that had upgraded from his 1 inch factory strap to 1.5 inch. He kept his bedding in the tent and wanted to beef up his strap. The 1 inch cordura is plenty strong, but I have to say the 1.5 really looks good. Available at the website here #nomorevelcro #rezistentgear #RTT #Holddownstrap #Tepui #upgrade #cordura #ITWNexus #Jeep #Overland #RoofTopTent #Toyota #Trailer #Tepuireplacementparts #tepuistraprepair #tepuiholddownstrap #tepuibil
11 views0 comments 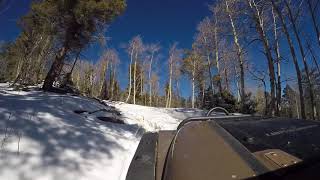 We had an afternoon snow wheeling trip in Red River New Mexico. This clip shows the little 4 cylinder giving its all to fight through the snow while climbing constantly. The altitude climbs to 11,000 feet. The trail we were on is 54J which eventually reaches Greenie Peak the highest motorized access in New Mexico. #RedRiver #NewMexico #54J #GreeniePeak #SnowWheeling #Jeep #Tj #25l #4banger #JeepingRedRiver #NewMexicotrue #RedRiverOffroad #RedRiverJeep #RedRiverAdventure #RedR
1 view0 comments 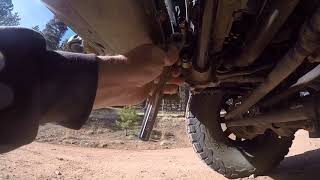 The video shows an addition I put on the EVO 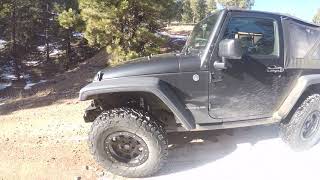 This is a flat ground walk around of my 2010 Jeep JK with Notch Customs Fender Flares. I have no suspension lift, and a 1.25" body lift because it was previously on there. I was running factory wheels with spacers but switched to SOTA 3.5" backspacing to cure the frame rub with the stock suspension. I have been very happy with the flares after 2 years. The only problems arise from pebbles getting stuck between the flare and body, which I will highlight in a different video. #
4 views0 comments 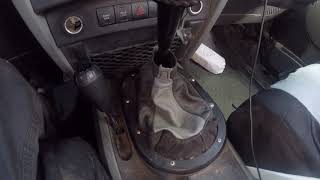 JK Popping out of Gear Fix

So when I purchased my 2010 Jk it had 5,000 miles on it. After the first day it popped out of first gear, which then became so random, that I just stopped using first gear. Then I put 35s on and needed to use first more often at stoplights, so a cure was needed. I used a leather outer boot first, which I then modified by opening the upper section up to allow more freedom. It helped but didn't cure. I then cut the lower rubber boot, in hopes of releasing more tension. All that
9 views0 comments 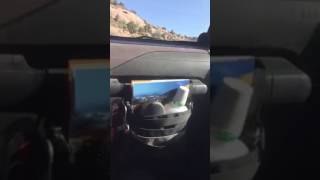 Here is a video from bouncing down the trail in Utah. Nothing fell out, and another friend even layed his over and didn't lose a thing. Available Here #jeepurse #dashbag #jeep #jk #tj #wrangler #jl #RezistentGear #moab #porcupinerim #rollover #ejs #easterjeepsafari
1 view0 comments 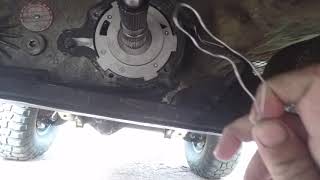 I had rebuilt my teralow without discontinued parts and upon assembly my oil pump cracked at the tube mount. Since I wasn't sure if it would work, I put everything together and tested it for a week. Upon belief that the tera low parts worked, I ordered a new oil pump. So needing to install it, I wasn't excited about tearing open the case a second time, so I decided to try installing without disassembling the case. The only reason the case has to be split is to allow you to al
3 views0 comments 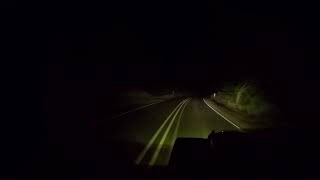 The video is a poor representation of the actual light output, but it does give a baseline comparison of the light compared to stock Jeep JK headlights. This is a SINGLE Baja Designs S2 Pro, and Baja Designs Squadron Sport. These two lights have similar outputs so they are similar to a matching pair of either. It still doubles the output of the factory light. The benefits of the Amber lens are less light glare off of road signs, better visibility in dusty conditions, and bett
6 views0 comments 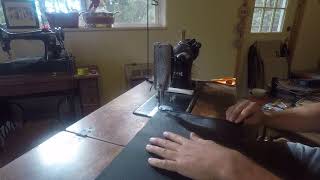 I started building a new line of gear recently. It's funny how things develop in life. I purchased a hundred year old Singer Sewing machine to revive a family heirloom for a Christmas present, but I didn't know enough about them to realize I had bought a different model even though they were all black and looked alike. So it turned out that the one I bought for parts was actually fully functional, in the mean time I somehow found out that I could get cordura from a supplier 5
6 views0 comments 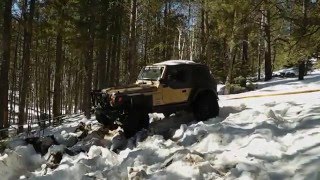 Driving downhill is harder than it looks